Notes from Council meeting in May 2022

These include two bus lay-bys, pedestrian crossings and closing of the service road during school times. Residents are invited to express their views on the proposed improvements online https://yourvoice.westsussex.gov.uk/comptonslane-horsham.

Horsham District Council is suggesting that the water neutrality issue will shortly be resolved and the Referendum will take place before the end of this year.

Work is progressing on this Proposal which has the backing of Forest Neighbourhood Council.

This took place on 14th May and more than 200 people started the Walk from Horsham Rugby Club. Again, it was a successful venture.

The retrospective application for this Company to continue using the Horsham Railway Car Park for its business, was discussed at Planning Committee level and was refused. Forest Neighbourhood Council has regularly objected to this use of part of the car park.

Residents are extremely concerned about bicycles and cars that park on HDC land in front of some shops in Queen Street. This is an issue that is being widely discussed with a view to finding some form of solution.

Forest Neighbourhood Council is constantly referring the poor surface state of St. Leonard’s Road to WSCC Highways. Potholes that reached intervention levels, have been repaired. It seems that as soon as one hole is fixed, another appears! 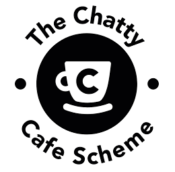 on our NEWS page

This, and successive monthly meetings of Forest NC will take place at the Salvation Army Hall.

Members of the public are always welcome to attend.

Click the button to view minutes of recent meetings

We have councillor vacancies and will welcome enquiries about the councillor role from residents within the Forest Neighbourhood.

Whilst we are a non-statutory council, we are a voice for local matters and liaise with Horsham District Council.